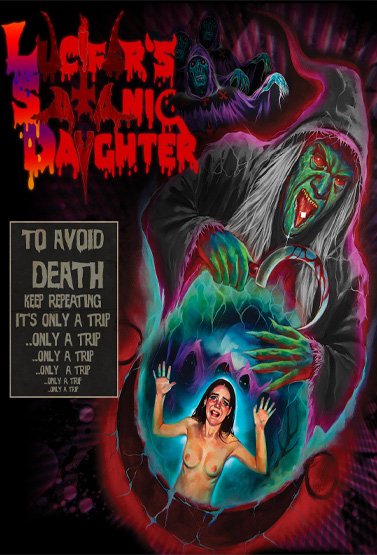 An evil witch is summoned after Ricky “The Acid King” sacrifices his friend to Satan. 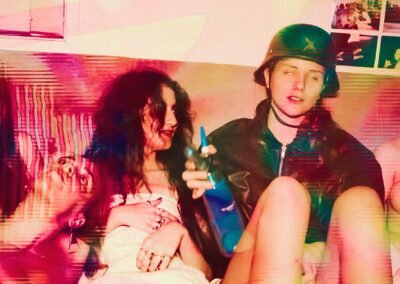 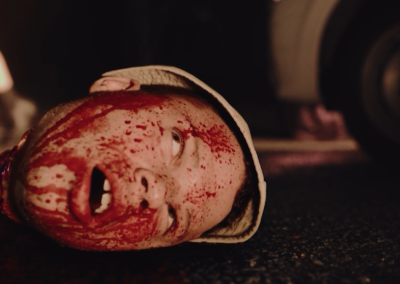 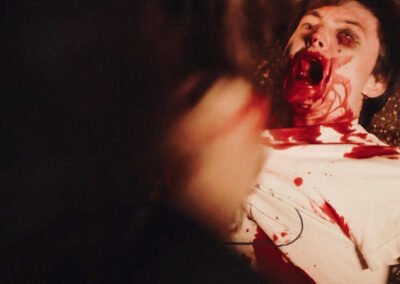 Chandler Thistle has created one of the best psychedelic horror flicks I have ever seen. “Lucifer’s Satanic Daughter” is a mind melting trip set in the back woods of Australia that paints a fun and colorful portrait of the Aussie party scene.  The characters are a wild assortment of young burnouts hell bent on a good time but when Ricky “The Acid King” sacrifices his friend to Satan all hell breaks loose.

I have never watched a film that made me feel like I was on drugs like this one did.  It really is the best bad trip you will ever have. By the end of the movie all I wanted to do was go party in Australia so the Australian board of tourism should take note and promote the hell out of this movie.

Drugsploitation films have always played a major part in the Grindhouse scene. With films like “The Psychedelic Priest”, “Death Drug”, and the more commonly known “Reefer Madness” being some of my favorites. “Lucifer’s Satanic Daughter” takes the cake for me and has made it to the absolute top of my list. It is great to see a modern Drugsploitation flick being executed this good. We are proud to have it on New Village Video and we highly recommend it.