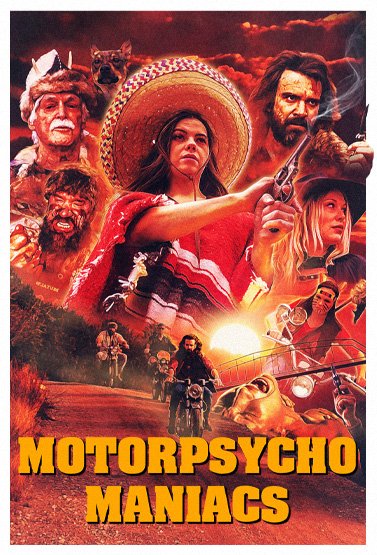 When a biker gang terrorizes Esperanza County, Enyo, a Texas Ranger, undercover as a bad-ass outlaw biker babe teams up with old Ezra, the blind-sniper hermit and his seeing-eye coyote, Max. They bring- their reign of terror to a bloody end. 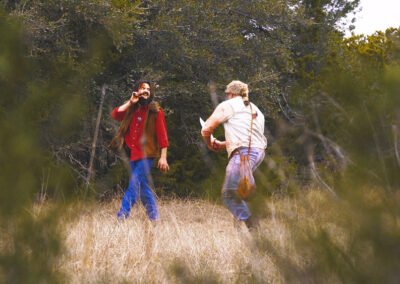 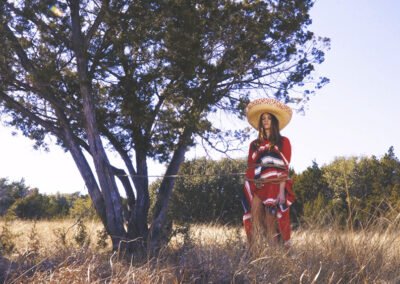 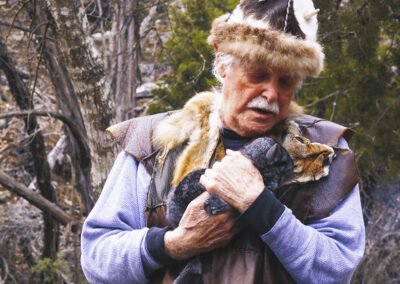 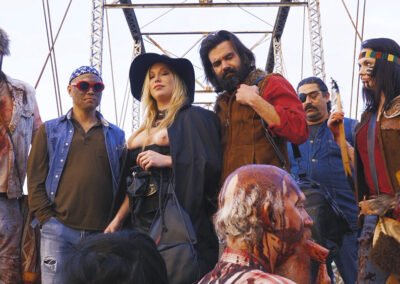 “Motorpsycho Maniacs” is a true work of modern grindhouse. This sexploitation action flick by Stefan Ruf was originally titled “Sex Terrorists on Wheels” which is a fitting title as the outlaw motorcycle gang in this movie love to rape and pillage. It’s one of those movies where you can’t wait to see the baddies get what’s coming to them. I enjoy when movies have villains that are pure villains with no redeeming qualities. Larissa Dali plays Enyo, an undercover Texas Ranger posing as a bad ass biker babe known to the law as “She Beast of Devil Mountain”. Together with Ezra, a blind hermit, they plan to take down the sadistic biker gang who has been terrorizing Esperanza County leaving behind a trail of bodies everywhere they roam.

Ezra is played by Gary Kent who has been in the grindhouse scene since the 60s with roles in movies like, “The Thrill Killers” (1964), “Satan’s Sadists” (1965), and “Sinthia: The Devil’s Doll” (1970) to name a few. It’s always a treat when you see an actor still working the genre after all these years. I can’t tell if the film was supposed to be set in the old west, or modern but I like to think it’s an alternate reality where the old world and the new collide in a mess of gasoline and bodily fluids. If you like offbeat westerns with funny one-liners, violence, motorcycles, and perverts you will enjoy this one.