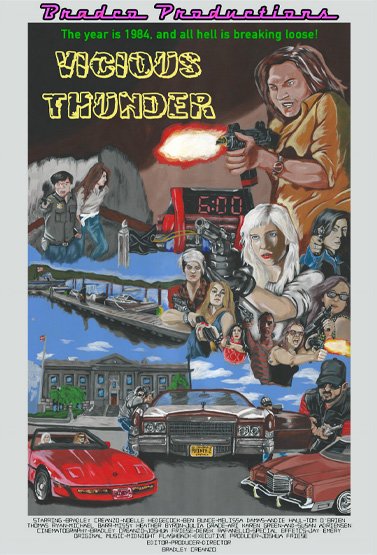 A sting operation by the FBI on illegal gun trafficking leads to the arrest of arms dealing kingpin Charles Rainer. On December 31, 1984 he is about to be sentenced for his crimes in Haywood, Arizona. Rainer’s female assassins have other plans for local law enforcement and due process when they siege the courthouse in an attempt to break him out on the night of his sentencing. During a courtroom shoot-out Rainer is taken hostage by a group of surviving security guards. A vicious cat and mouse game of survival erupts between the security guards and assassins as they try to rescue their leader. A night of justice turns into a night of death as the action rings like thunder. 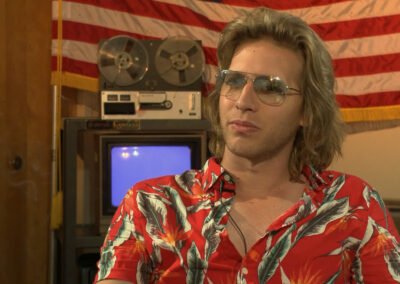 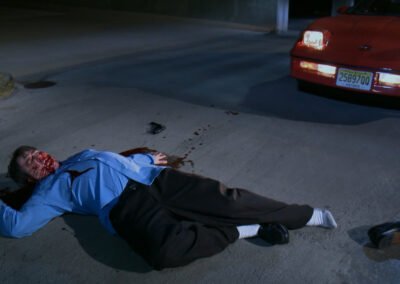 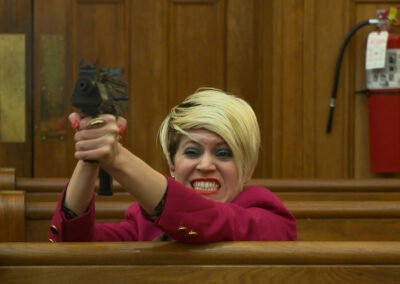 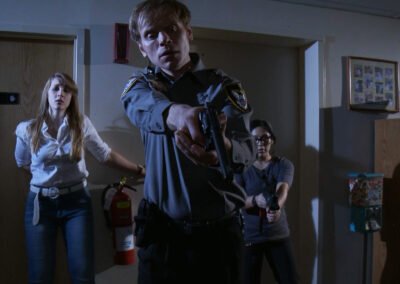 “Vicious Thunder” is the story of an infamous arms dealer named Charles Rainier who is caught in a sting operation by the FBI. At his court date the stage is set to put this menace behind bars once and for all. Only problem is Charles has a small army of female assassins’ hell bent on breaking him out. What follows is an all-out war in the courthouse that pulls no punches when it comes to excessive violence. Will the guards be able to keep these assassins at bay or will Charles be free once again to practice his diabolical trade?

Bradley Creanzo went above and beyond in the making of “Vicious Thunder”. His choice to use actual blanks vs. digital gunshots may have scared some away from his set, but it delivered in a HUGE way. The gun-play in this film is such a breath of fresh air. The recoil alone adds a level of realism that is missing from a lot of the films in the indie-action genre. Moral of the story, great risks come with great rewards and “Vicious Thunder” is proof of that.