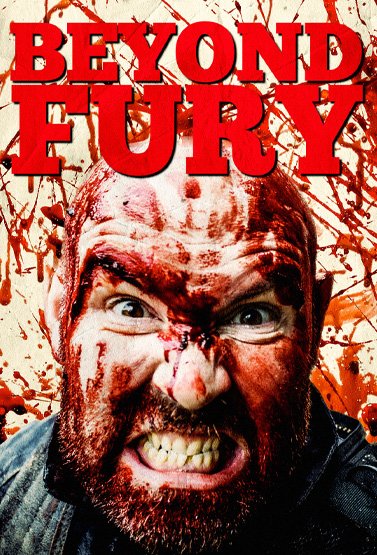 Michael Walker, an ex-Special Ops agent, has turned his back on his past and is about to start a new family with his wife Claudia. But a chance encounter with a crime syndicate foot soldier wipes out his future and sets off a brutal series of events, leading to bloody vengeance and redemption, reawakening the savagery that had earned Michael Walker, in his previous life, the moniker “Angel of Death”. 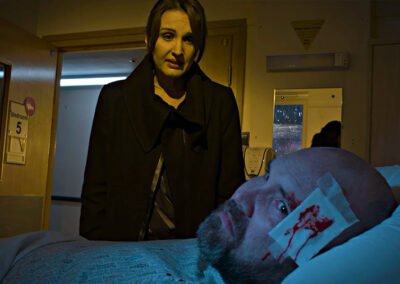 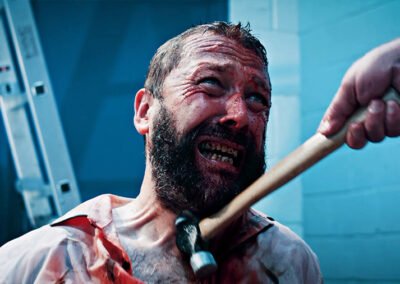 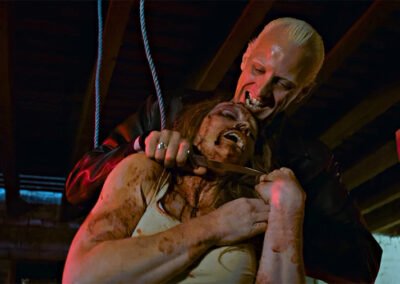 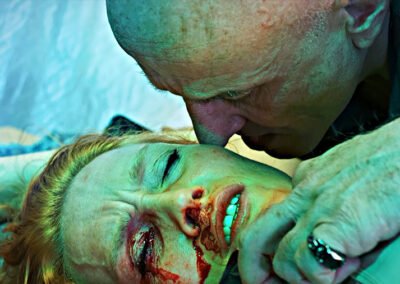 I said it before and I will say it again, Darren Ward makes some violent movies. “Beyond Fury” is Darren’s latest feature and it pushes the envelope even further than ever before. When reviewing this film with a friend it took no less than 10 minutes before we looked at each other and he said, “wow they really just did that.” To which I laughed and replied, “That’s a Darren Ward film”. It is rare to see a filmmaker go so beyond the pale and when it is done right you end up with a movie that is unpredictable because no one is safe. His villains are evil, and they don’t shy away from that. You will not see any of this “He’s only bad because of blah, blah, blah”. The villains are undefendable bad people whose only offered comfort is the promise that they will be brutally murdered in the end.

It’s hard for me to choose my favorite film in Darren’s catalog because he is so consistent with his delivery. You can always count on great practical effects, a F’d up storyline, and some mean characters. If you are easily disturbed, I would suggest caution when renting this one. It’s like “John Wick” in the UK only they didn’t have to appease the MPAA.